The sixth annual Christine Franklin Award was recently given to Pat Mendez, president of the Solano Midnight Sun Breast Cancer Foundation. Pat was recognized for her contributions to the community.

Franklin, who battled breast cancer for four years, received the “Community Hero Award” for her efforts to educate others about the importance of mammograms and healthcare.

After she died in 2011, the award was re-named in her honor.

You can read the full article published in the Vacaville Reporter on October 13, 2016. 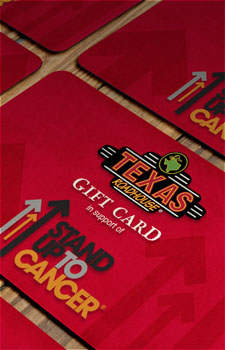 Texas Roadhouse donates to many charitable causes that benefit the community. The Fairfield restaurant has chosen to bless Solano Midnight Sun with it’s cancer fighting fundraising efforts in October.

All monies donated to Breast Cancer Awareness from October 1 – October 31 will be converted to Texas Roadhouse Gift Cards. Those cards will be given to SMSF to distribute as needed to families and individuals in need of a meal, a break from routine, or just a little something extra.

Thank you, Texas Roadhouse! And thank you to all who will visit and donate!